EI has gained increasing popularity as a topic of interest in both the general public and the scientific community since its creation as a formal psychological construct more than 20 years ago.  Numerous publications and research studies have generated both controversy and dialogue about its conceptualization, assessment, development and application.  EI theory serves to integrate various related areas in emotion research from neurological processes to cognitive science to personality, interpersonal relationships and social systems. Research in EI is multidisciplinary and likewise is applicable to various fields such as psychology, education, medicine, and business.

The first scholarly paper on EI was published in 1990 by Drs. Peter Salovey and Jack Mayer.  They outlined the abilities-based model of EI that was later revised in 1997. The four components of EI include:

Other theoretical models have been proposed by Goleman (1995) and by Bar-On (1996).  Trait EI, that is more closely aligned with personality, has gained empirical support and broad applications.  These models have been described as mixed models as they blend aspects of social intelligence and emotional competencies.

The conference series was developed by Dr. Pablo Fernandez-Berrocal in 2007 with the first congress in Malaga, Spain and the second in Santander, Spain in 2009. The 3rd conference in 2011, was held in Opatija, Croatia by Dr. Vladimir Taksic. This fourth congress in 2013 under Dr. John Pellitteri will be the first one of the series in North America. The 5th international conference is planned for 2015 in Buenos Aires, Argentina, under the direction of Dr. Isabel María Mikulic.

ISEI is an association of international researchers, scholars, and practitioners who are dedicated to the field of emotional intelligence.  It was co-founded in 2012 by the past and current congress organizers.  ISEI supports the international congress series as well as provides publications and education to advance the EI field.  Members will have the opportunities to develop international collaborations in research and consultation as well have access to EI experts.

New York City is often considered the “cross roads of the world” and will provide a rich multicultural setting for the gathering of international conference participants. People from practically every country and spoken language are represented in this vibrant metropolis. New York also hosts many amazing and unique attractions such as museums, broadway theaters, art galleries, musical forums, national monuments, historical sites as well as restaurants featuring every cuisine imaginable! So allow the conference to be an opportunity to enjoy and experience the sights, sounds, and tastes of one of the most famous cities in the world.

The conference will be held at the Marriott New York Downtown hotel (85 West street) that overlooks the New York City Harbor and Hudson river.  It is walking distance from several major attractions including: Wall Street; Battery Park; Ferry to the Statue of Liberty; World Trade Center Memorial; and South Street Seaport Museum & Shops. 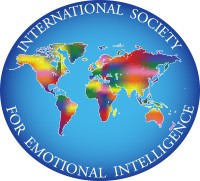